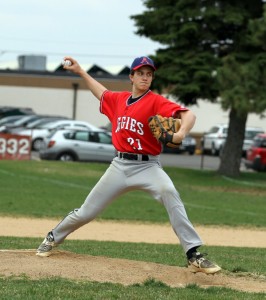 An ace performance by Jonathan Prokop hoisted the Aggies to a 7-0 win in seven innings over Liberty Classical on Monday at West Minnehaha Recreation Center.

Prokop had an impressive outing against Liberty Classical’s lineup. Liberty Classical managed just one hit off of the St. Agnes’ pitcher, who allowed no earned runs, walked four and struck out seven during his seven innings of work.

St. Agnes beat Liberty Classical thanks to nine hits, including two extra base hits. The Aggies scored three runs in the fifth on an RBI single by Kieran Walsh, a steal of home by Walsh, and a groundout by Erick Klein. Klein racked up three RBIs on one hit for St. Agnes.

Jacob Grill took the loss for Liberty Classical. He allowed seven runs in six innings, walked one and struck out three. 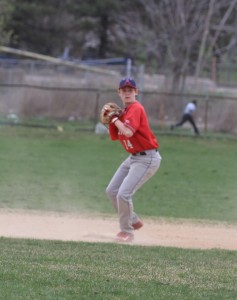 St. Agnes never surrendered the lead after the first inning, scoring two runs on an RBI single by Matthew Twaroski and an RBI triple by Klein.

St. Agnes added two more runs in the bottom of the third. A clutch ground out scored Ben Fischer to open the scoring in the frame.

The Aggies improve to 2-2 and will host Minneapolis Edison Wednesday, 6:00 pm at Dunning.