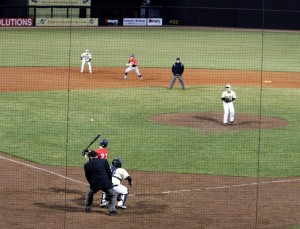 Saint Agnes jumped out to an early lead on St. Croix Prep and captured an 11-1 victory Thursday night at CHS Field.

With six runs in the first three innings, the Aggies left no doubt about the eventual outcome.

An RBI triple by Erick Klein, an error, and a groundout by Jonathan Prokop during the first inning and an RBI single by Ben Fischer and an error in the second inning helped the Aggies put some runs on the board early.

Klein racked up three RBIs on two hits. Matt Twaroski recorded the win. He allowed one run over three innings. He struck out two, walked one and surrendered one hit.